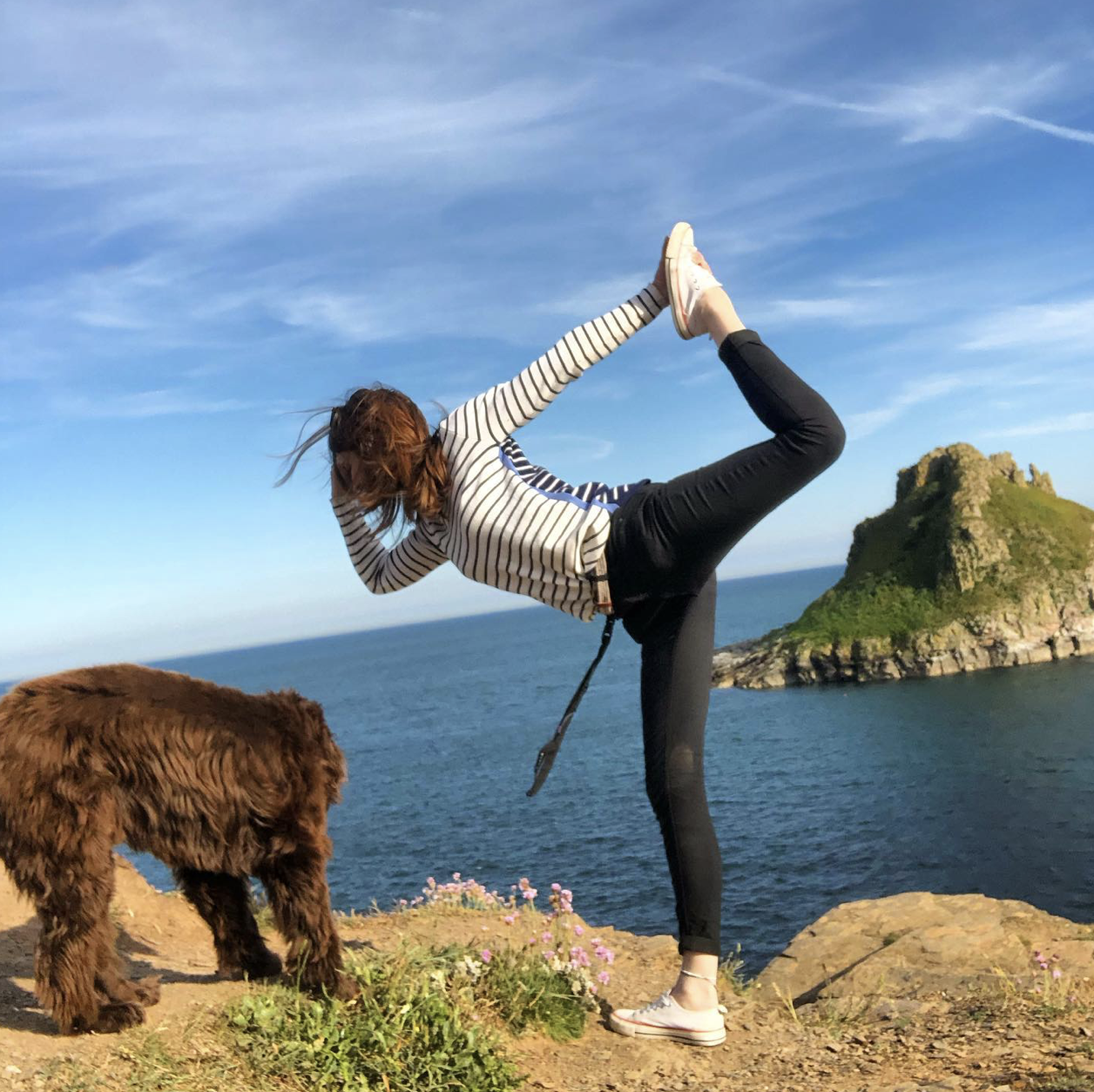 There has been an awful lot of talk around these parts about how transformative yoga is, I make no apologies for that, I very firmly believe everyone should ‘down dog’ daily.

What I haven’t yet felt particularly comfortable sharing are the details of my own personal yoga journey. A little through fear of saturating this space with yoga douchery and a lot because I’m not sure my often irreverent way with words lends itself to something a bit more serious. It’s always fun to find out though, let’s do this.

Yoga fortuitously found me around 3 years ago at a time when life was just tickety boo. I threw myself into it as a way of keeping my body limber and my core strong post turning 30. And, because I have tiny feet and fall over more than most people, I hoped yoga might improve my balance and coordination. In short, the benefits I sought were entirely physical and it really did provide those in abundance. I confess I wasn’t even remotely hunting for spiritual enlightenment from my yoga practice.

That said, I am as awkward and neurotic as the next thirtysomething, muddling along in perpetual existential crises and constantly reliving that really fucking mortifying time when I was 16 and called the bus driver ‘mum’ or whatever. I’m generally good with my neuroses and those of others, they make the world a far more interesting place, BUT I pretty quickly found that showing up daily on my mat in search of corporeal improvement also gave me an hours’ respite from the incessant Peep Show-esque inner monologue.

The focus on breath and movement engaged my body whilst disengaging my brain for a bit and that quickly became all kinds of addictive.

The mysterious ‘they’ suggest that it takes 66 days to form a habit, so we’ll say it took about that length of time participating in daily practice before the ability to consciously switch off my thinking brain was second nature. It became easier to control the urge to overanalyse everything and instead to exist in the present just a little more without constantly catastrophising.

In time, the simple acts of opening up a carefully crafted yoga playlist of plinky plonky guitar based music and unfurling my mat came to symbolise the time to unplug for a bit. And soon, I had the ability to make the switch from ‘thinking’ to ‘being’ on command.

There is no suggestion here that I am a human being who doesn’t spend approximately 98% of her existence having imaginary conversations with that guy who cut her up at the traffic lights a decade ago and had the nerve to get out of the car and shout about it (I have mentally annihilated that bloke a gazillion times in increasingly creative and profane ways). However, I am now more or less able to choose when I go down that particular rabbit hole.

Just as I was settling into this particularly lovely side effect of yoga, around 2 years ago the shit very much hit the fan off the mat.

Trauma is a funny old thing. Actually, it isn’t in the least bit amusing. It is hideous and terrifying and all consuming. Having my past trauma triggered by a seemingly random event after nearly 20 years was beyond frightening.  To feel every wound I had spent nearly 2 decades carefully and delicately sewing up, ripped open all at once felt…overwhelming, to say the very least. There were days on which it was excruciating just to exist in my own skin.

On each and every one of those days I rolled out my mat. Actually, I left the mat rolled out so there was one less obstacle in getting to it.

Sometimes I managed a whole flow, channeling the cortisol into something akin to mindful movement. Very often I curled myself into Child’s Pose and wept, cheek pressed against the pretty grim rubber of an ancient, dog chewed yoga mat, waiting for the moment to pass.

That habit of getting down on the mat rapidly became a necessity. It gave me a safe haven when one was hard to find anywhere else in my world. It gave me a reason to keep showing up for myself in the smallest, kindest, most unobtrusive way until I had the strength to do just a little more.  A reason to move my body when the compulsion was to do anything but move. Or worse.

In time, I started to rediscover a little grounding and comfort in the movement and the breathing. It started with a small wiggle, a casual cat and cow, before retreating back to the safety of Child’s Pose. As the days passed, that built into a vaguely recognisable yoga sequence. Baby steps all the way.

Eventually, I found it easier to go back to the studio to connect with others through practice or even just to enjoy solitude in company that held no expectations of me. To be surrounded by people you are not obligated to speak with is sometimes a gift. More on the importance of human contact some other time.

Now, as I’m pretty much healed and whole* (still with neuroses coming out of my eyeballs and social awkwardness in spades: I’m no longer traumatised but I am still very, very British) my yoga practice is like a bear hug.  Whether it’s 15 minutes squeezed in after waking or a delicious 2 hour stretch-athon at the weekend, it’s a daily reminder of all those times I managed to show up for myself when it mattered the most. A reminder to keep on keeping on. My mat is still the place that brings me the most peace in every day.

*to be really clear, it took more than yoga to get me through some very very dark and twisty times – namely therapy, sleeping and leaning on some of the very best friends whilst simultaneously disconnecting from a huge chunk of the world. But I will be forever grateful to past me for getting hooked on yoga before I needed it as a daily anchor point for survival.

Edit: there are resources beyond yoga (I KNOW) if you’re struggling with your mental health and well-being. Start here and please reach out, this is a safe space.

Notes on my First Duathalon